The current initiative aims to build upon the previous project by incorporating artificially intelligent EEG spike detection into the smartphone-based EEG. Doing so will allow non-expert physicians and allied healthcare workers to provide expert levels of care to patients with epilepsy. With the support of Fondation Pierre Fabre, the Global Neurology Research group will:

Epilepsy occurs predominantly in low- and middle-income countries, affecting ~1 to 2 percent of the global population or 60 million people. The number of people with epilepsy in lower income countries who access care is generally low due to multiple factors: a higher level of poverty among people with epilepsy, a dearth of specialized healthcare workers, stigma impacting care seeking behaviour, limited access to health technologies, fewer antiepileptic drugs including medication stock outs and seizure related limits on transportation to receive care. It is also likely that unique, understudied risk factors for epilepsy exist in lower income settings, changing the epidemiology in these locations. These putative risk factors have not received full attention due to a lack of brain focused technologies to research their impact
The Republic of Guinea is a low-income country located in West Africa. Guinea is one of the poorest nations in the world: it ranks 175th out of 189 countries in the United Nations Human Development Index and, in 2018, had a per capita gross national income of 850 USD. Tools and expertise for the diagnosis and characterization of epilepsy are unavailable to most patients in the Republic of Guinea. For patients, this lack of epilepsy infrastructure can lead to misdiagnosis and worsened care.

EEG is the standard diagnostic test for epilepsy. EEG can also direct treatment options for patients with different forms of epilepsy. There are few publicly accessible electroencephalography (EEG) machines in Guinea, with the few that exist in Guinea having been donated by the Global Neurology Research Group in the past. The Global Neurology Research Group of Massachusetts General Hospital has previously characterized the clinical utility of a smartphone-based EEG system (called SBS-2, Smartphone Brain Scanner – 2nd Generation) for epilepsy care in Guinea. The portable nature of a smartphone-based EEG allows physicians and allied healthcare workers to bring the diagnostic tool to patients. Doing so can significantly decrease the burden of medical visits, especially for low-income and rural patients who may not be able to travel to a major city. The moderately high sensitivity and high specificity of the smartphone-based EEG make it useful as a second-line confirmatory tool for a clinical diagnosis of epilepsy.
Currently, patients with epilepsy must have their EEG results interpreted by an expert physician. There are no EEG expert physicians practicing in Guinea. As a result, patients with epilepsy are often undiagnosed and may be incorrectly treated. Artificial Intelligence (AI) powered through Machine Learning (ML) holds the potential to accurately automate the analysis of electroencephalography (EEG) in patients with epilepsy. Artificial Intelligence, currently in development at Massachusetts General Hospital, will allow non-expert physicians and allied healthcare workers to receive accurate diagnoses instantaneously. Patients will then be maintained within a continuum of care and potentially started on an anti-epileptic medication in a more expeditious fashion than they otherwise would. 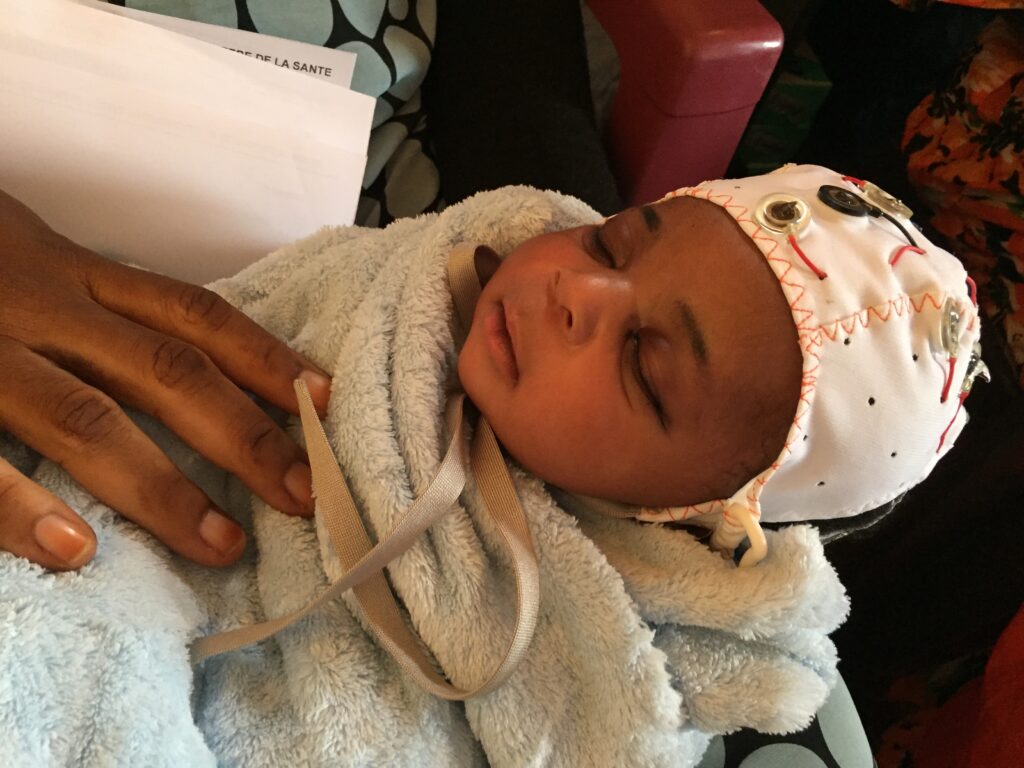 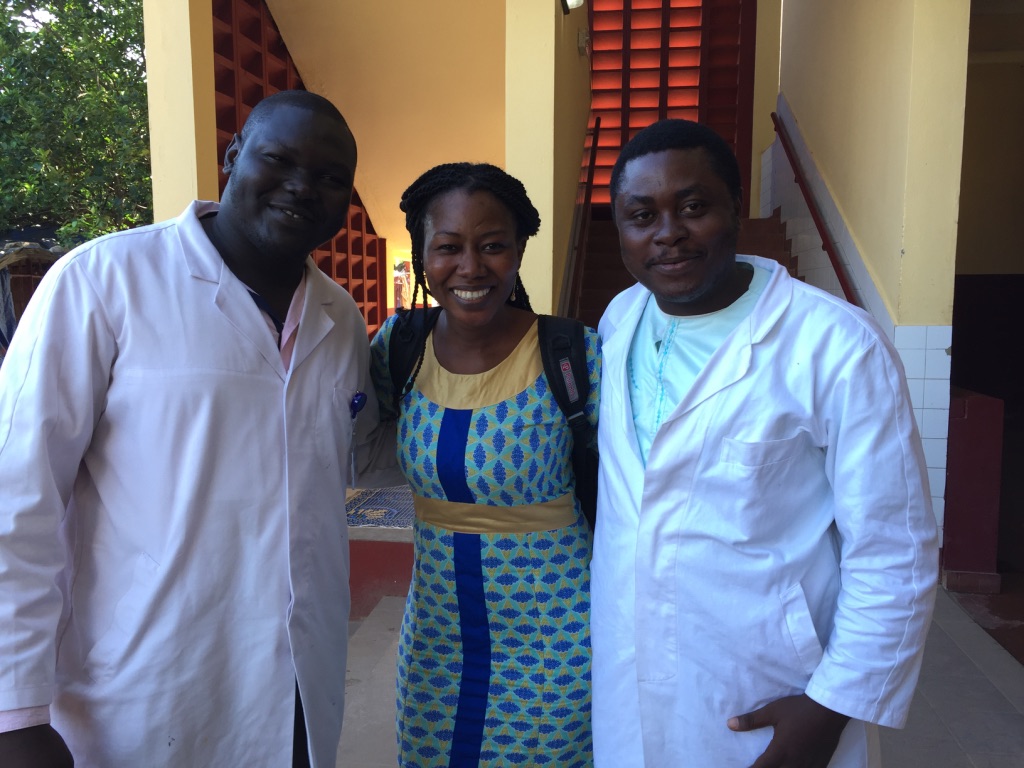 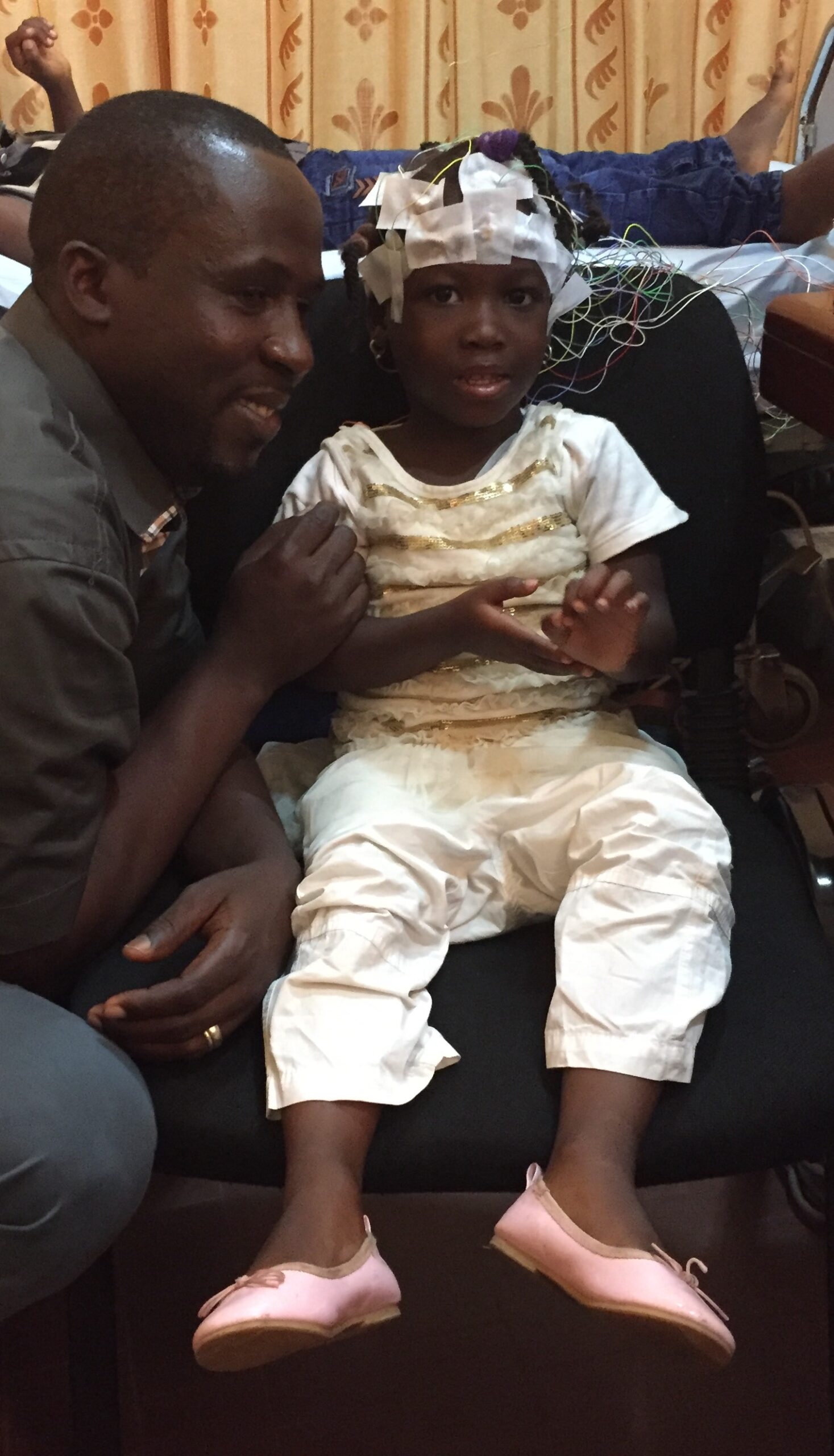 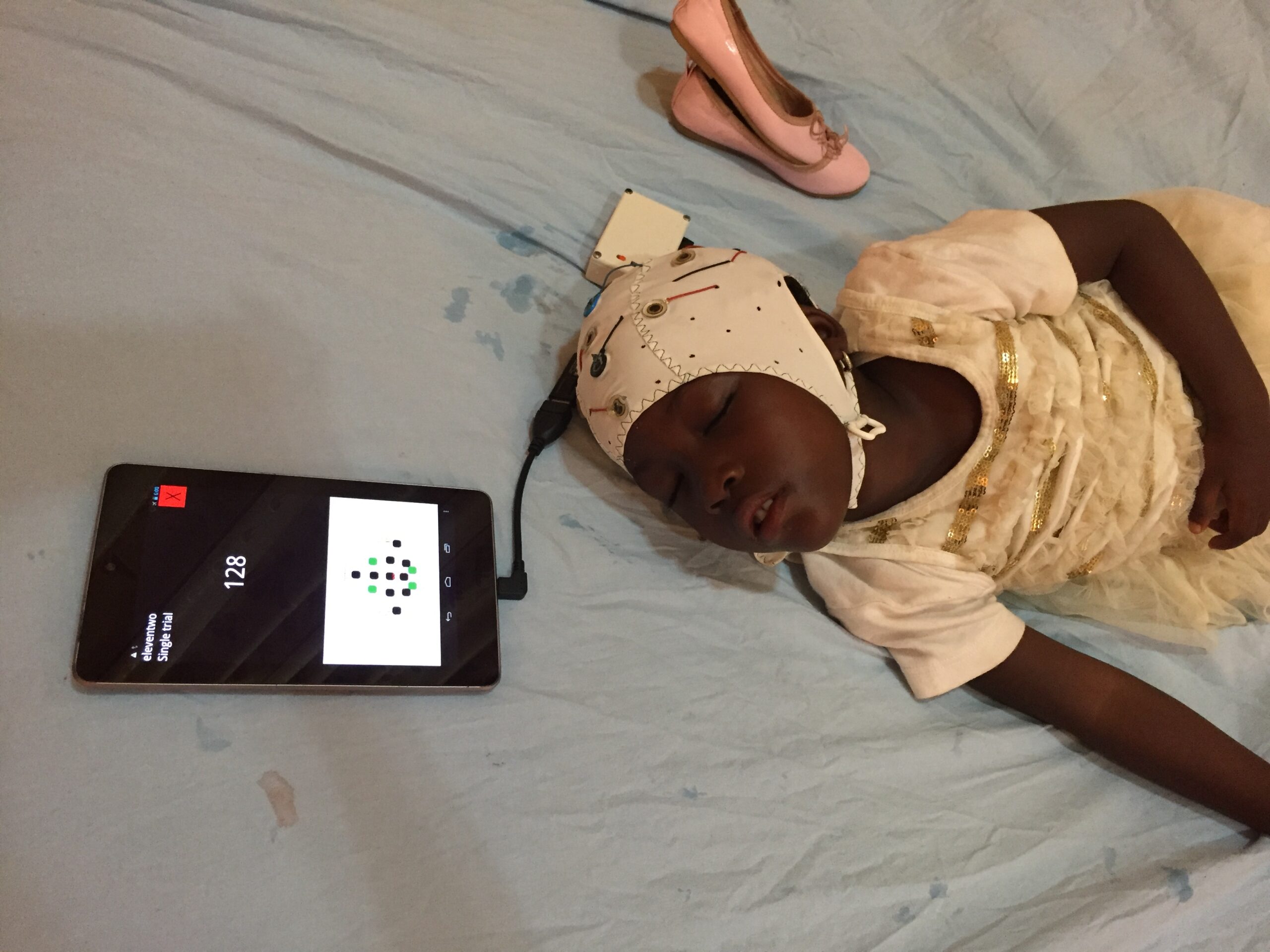 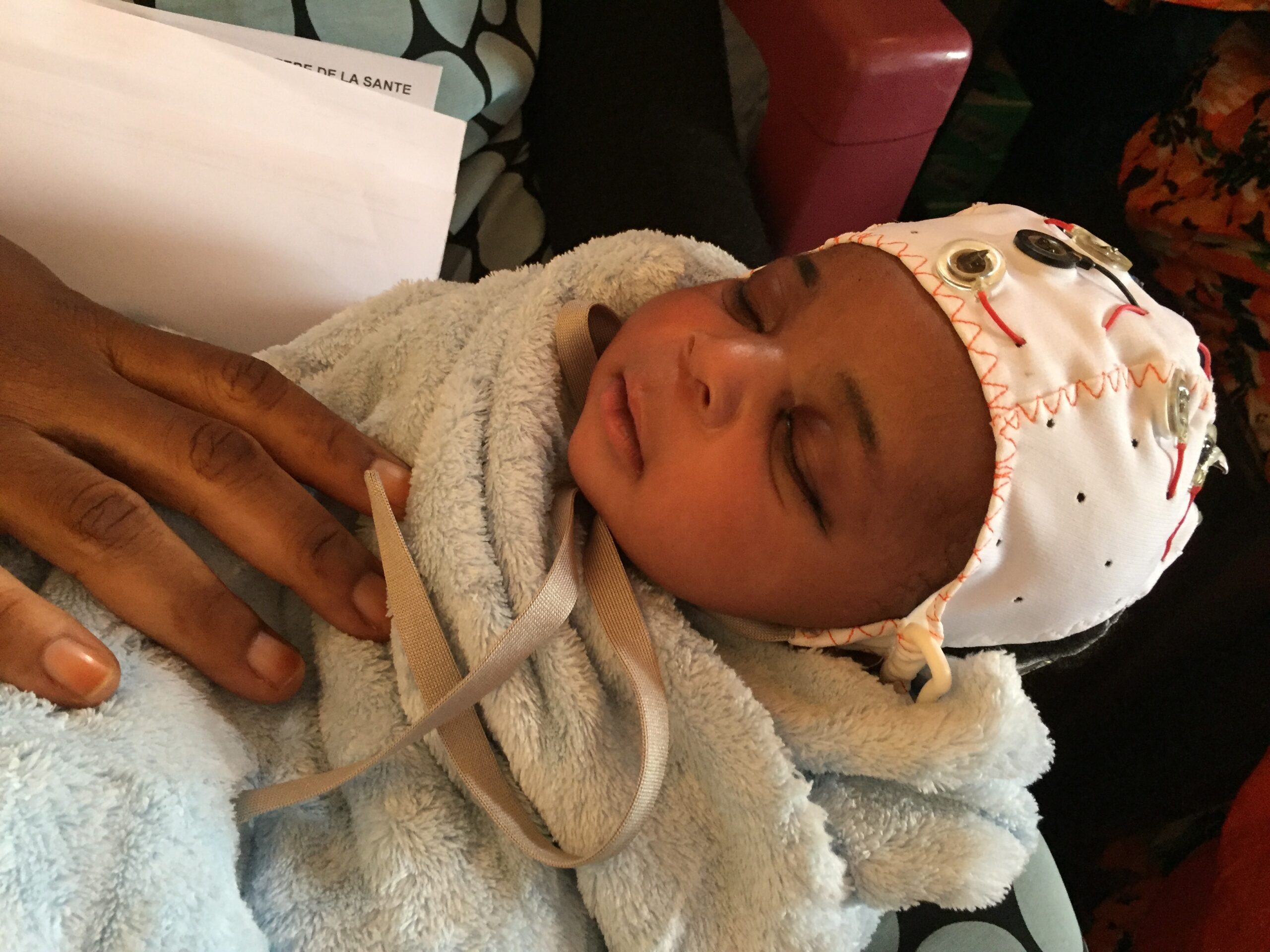 The Global Neurology Research Group is dedicated to finding practical and cost-effective solutions to meet the neurological needs of individuals in developing countries. Neurological disorders such as epilepsy, stroke, dementia and traumatic brain injuries are more common in low- and middle income countries, where 86% of the world’s population is concentrated. These neurological disorders can be disabling both physically and mentally, and there is a high human and economic cost associated with them. Many of these diseases come with a stigma attached since they are often misunderstood. Compounding this problem is that many of these diseases are not well diagnosed or treated due to a lack of trained neurologists and limited access to medical care in these settings. When last studied, there were 12 African countries with no neurologists, and an additional 23 countries with a ratio of one neurologist to more than five million people in the population. The Global Neurology Research Group at Mass General works on projects designed to improve the diagnosis, care and treatment of neurological diseases in these resource-limited settings.

Country of origin : United States of America (the)