The initiative aims at providing artificial intelligence (AI) based solutions to bring diagnosis support tool for dermatological diseases. Through this pilot project, cutaneous leishmaniasis (CL) will be considered as the target disease. Our objective is to implement and deploy a mobile application, called AIID for Artificial Intelligence for Inclusive Diagnostics, to provide clinicians and medical staff with little to no dermatology expertise with a reliable decision-making tool. The idea behind this initiative arose from experience sharing and discussions with our collaborators, clinicians and scientists, working on developing and implementing novel molecular diagnosis tool for CL in MENA and other African and Asian countries that comply to criteria of a point of care tests, in the laboratory of Molecular Epidemiology [&] Experimental Pathology within the frames of a PEER program project financed by the NAS-USAID, and the Clinical investigation Center of the Institut Pasteur de Tunis financed the CIC initiative of the Ministry of Health and Ministry of Higher Education and Research in Tunisia. CL, a complex group of diseases list among the most neglected tropical diseases, in spite of their high endemicity and morbidity. The lack of experts and trained staff members in the endemic areas added to the absence of low-cost diagnostics are the major impediment to an effective management of CL cases in low-resources settings. Notably, lack of expertise in microscopy and available equipment hampers accurate diagnosis of CL cases in these endemic countries where more than 2/3 of cases worldwide are reported.
Bringing a digital solution for diagnosis support, accessible through a snap on a mobile phone, will transform the reality of CL control in the field. AIID is more than a telemedicine tool, it is an intelligent algorithm that will reduce the cost and increase the accuracy of diagnosing CL, and thus lead to prescription of the accurate treatment. It is noteworthy to recall that using AIID will help minimize the rates of treating non- CL cases with toxic molecules such as those of the leishmaniases treatments. In addition, treatments are given through long courses and are costly. Also, it will decrease the rate of misdiagnosing CL with other fungal or microbial infections, and thus reduce costs on systems by avoiding prescription of non- effective, costly and toxic drugs. In such cases, the patient remains infectious for a longer period, thus increasing the disease transmission in those areas where it is anthroponotic for some CL forms. Early diagnosis will also decrease the morbidity of the disease as the longer a lesion is left untreated, the more damage to the skin occurs and the more unsightly the scars will be. Those scars are at the origin of social stigma and socio-economic impediments for the patients, especially women.
With the involvment of expert dermatologists notably Pr. M. Mokni from Hopital La Rabta, Tunis, we will also be able to consider other infectious, or non-communicable cutaneous diseases that may also be neglected, presenting differential diagnosis with CL and with each other. This will widen the application range of AIID and increase its impact on the population of the global south.

This initiative responds to challenges posed by cutaneous diseases like Leishmaniases.
Leishmaniases are a group of vector-borne diseases caused by a range of parasitic agents of the Leishmania genus. Cutaneous leishmaniases (CL) are the most common forms of the disease. It produces lesions and ulcers on the exposed parts of the body, including the face. The number of lesions can reach up to 200 for one patient. The caused scars are long-lasting and cause serious disability and social impediment. These diseases are also highly morbid and strain health systems. According to the WHO, CL is reported in more than 98 countries with the most endemic regions being in Central Asia, North Americas, North Africa and the Middle East. CL is widely present in Sub-saharan Africa although in some countries little to no data are available. Large outbreaks occur repeatedly in densely populated cities, urbanized or developing sub-rural areas, conflicts zones, refugee camps and during war and large-scale migration (WHO). CL is commonly mis-diagnosed in the absence of parasitological tests. Accurately diagnosing CL helps reduce the disease transmission by shortening the infectious period of patients and enhancing patient management. As differential diagnosis in dermatology is one of the most complicated tasks, having a reliable, low-cost diagnosis support tool is of high value, especially in low-resources settings and in remote endemic areas.

AIID is the first AI-based tool designed to diagnose CL using a simple photograph. The tool will be deployed as a mobile application to be easily used in remote areas. The clinician or medical staff member has to take a picture of the lesion with a smartphone and the algorithm directly provides the probability of it being CL. The application functions off-line, and synchronizes once connected to the Internet.
Similar approaches were successfully implemented to detect skin cancer (Fujisawa et al., 2019; Yang et al., 2017; Shoieb et al., 2016) or to classify a skin condition among multiple diseases using multi-task deep learning (Liao et al., 2016; https://www.triage.com/ ). Noticeably, none of these projects is listing CL among the diseases under consideration. 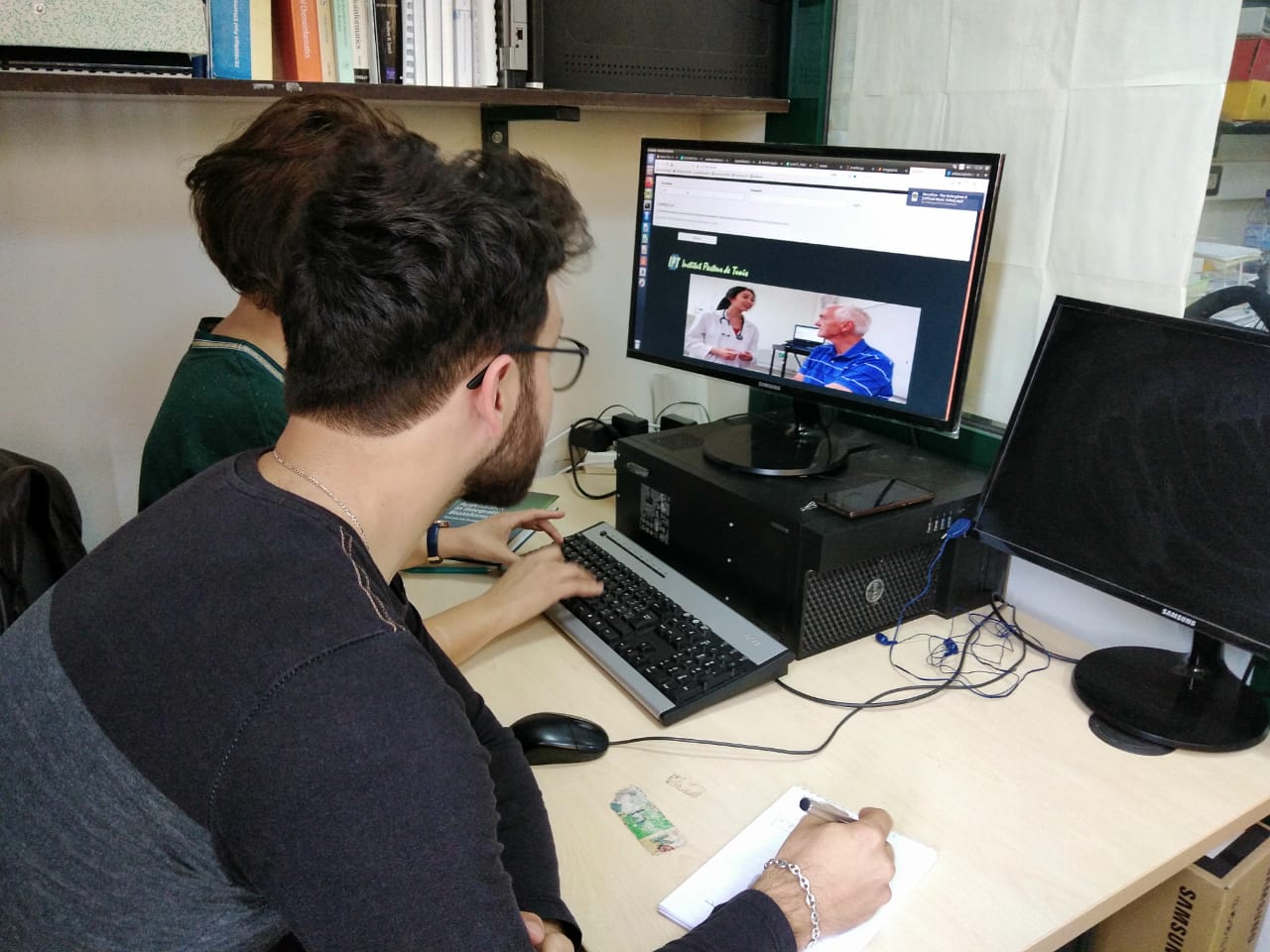 AI4HD is a purposeful business company, focused on developing and implementing AI-based tools for eHealth and/or mHealth applications. One of our major projects is AIID (Artificial Intelligence for Inclusive Diagnostics), an artificial intelligence-based tool for an inclusive diagnosis of cutaneous conditions for patients based in remote areas and/or low-resources settings. We seek to impact populations through better and inclusive access to health.